We do post a many articles on our Facebook Page relating to Common Core. Today when I read the testimony of Mary Calamia, who is a clinical social worker, before the New York State Assembly Education Forum, it was in PDF format so I thought that I should post her full text here: 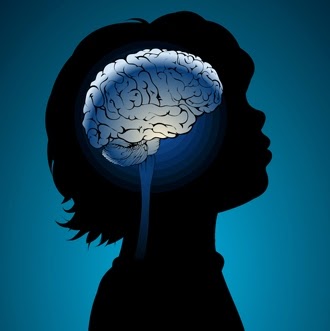 I am a licensed clinical social worker in New York State, and have been providing
psychotherapy services since 1995. I work with parents, teachers, and students from all socio-economic backgrounds representing more than 20 different school districts in Suffolk County. Almost half of my caseload consists of teachers.

In the summer of 2012, my elementary school teachers began to report increased anxiety over having to learn two entirely new curricula for Math and ELA. I discovered that school districts across the board were completely dismantling the current curricula and replacing them with something more scripted, emphasizing “one size fits all” and taking any imagination and innovation out of the hands of the teachers.

In the fall of 2012, I started to receive an inordinate number of student referrals from several different school districts. A large number of honors students—mostly 8th graders—were streaming into my practice. The kids were self-mutilating—cutting themselves with sharp objects and burning themselves with cigarettes. My phone never stopped ringing.

What was prompting this increase in self-mutilating behavior? Why now?

The answer I received from every single teenager was the same. “I can’t handle the pressure. It’s too much work.”

I also started to receive more calls referring elementary school students who were refusing to go to school. They said they felt “stupid” and school was “too hard.” They were throwing tantrums, begging to stay home, and upset even to the point of vomiting.

I was also hearing from parents about kids bringing home homework that the parents didn’t understand and they couldn’t help their children to complete. I was alarmed to hear that in some cases there were no textbooks for the parents to peruse and they had no idea what their children were learning.

My teachers were reporting a startling level of anxiety and depression. For the first time, I heard the term “Common Core” and I became awakened to a new set of standards that all schools were to adhere to—standards that we now say “set the bar so high, anyone can walk right under them.”

Everyone was talking about “The Tests.” As the school year progressed and “The Tests” loomed, my patients began to report increased self-mutilating behaviors, insomnia, panic attacks, loss of appetite, depressed mood, and in one case, suicidal thoughts that resulted in a 2-week hospital stay for an adolescent.

I do not know of any formal studies that connect these symptoms directly to the Common Core, but I do not think we need to sacrifice an entire generation of children just so we can find a correlation.

The Common Core standards do not account for societal problems. When I first learned about APPR and high stakes testing, my first thought was, “Who is going to rate the parents?”

I see children and teenagers who are exhausted, running from activity to activity, living on fast food, then texting, using social media, and playing games well into the wee hours of the morning on school nights.

We also have children taking cell phones right into the classrooms, “tweeting” and texting each other throughout the day. We have parents—yes PARENTS—who are sending their children text messages during school hours.

Let’s add in the bullying and cyberbullying that torments and preoccupies millions of school children even to the point of suicide. Add to that an interminable drug problem.

These are only some of the variables affecting student performance that are outside of the teachers’ control. Yet the SED holds them accountable, substituting innovation and individualism with cookie-cutter standards, believing this will fix our schools.

We cannot regulate biology. Young children are simply not wired to engage in the type of critical thinking that the Common Core calls for. That would require a fully developed prefrontal cortex, a part of the brain that is not fully functional until early adulthood. The prefrontal cortex is responsible for critical thinking, rational decision-making, and abstract thinking—all things the Common Core demands prematurely.

We teach children to succeed then give them pre-assessments on material they have never seen and tell them it’s okay to fail. Children are not equipped to resolve the mixed message this presents.

Last spring, a 6-year-old who encountered a multiplication sign on the NWEA first grade math exam asked the teacher what it was. The teacher was not allowed to help him and told him to “just do his best” to answer. From that point on, the student’s test performance went downhill. Not only couldn’t the student shake off the unfamiliar symbol, he also couldn’t believe his teacher wouldn’t help him.

Common Core requires children to read informational texts that are owned by a handful of corporations. Lacking any filter to distinguish good information from bad, children will readily absorb whatever text is put in front of them as gospel. So, for example, when we give children a textbook that explains the second amendment in these terms: "The people have a right to keep and bear arms in a state militia," they will look no further for clarification.

We are asking children to write critically, using emotionally charged language to “persuade” rather than inform. Lacking a functional prefrontal cortex, a child will tap into their limbic system, a set of primitive brain structures involved in basic human emotions, fear and anger being foremost. So when we are asking young children to use emotionally charged language, we are actually asking them to fuel their persuasiveness with fear and anger. They are not capable of the judgment required to temper this with reason and logic.

So we have abandoned innovative teaching and instead “teach to the tests,” the dreaded exams that had students, parents and teachers in a complete anxiety state last spring. These tests do not measure learning—what they really measure is endurance and resilience. Only a child who can sit and focus for 90 minutes can succeed. The child who can bounce back after one grueling day of testing and do it all over again the next day has an even better chance.

A recent Cornell University study revealed that students who were overly stressed while preparing for high stakes exams performed worse than students who experienced less stress during the test preparation period. Their prefrontal cortexes—the same parts of the brain that we are prematurely trying to engage in our youngsters—were under-performing.

We are dealing with real people’s lives here. Allow me introduce you to some of them:

...an entire third grade class that spent the rest of the day sobbing after just one testing session,

...a 2nd grader who witnessed this and is now refusing to attend the 3rd grade—this 7-year-old is now being evaluated for psychotropic medication just to go to school,

...a 6-year-old who came home crying because in September of the first grade, she did not know what a vertex was,

...two 8-year-olds who opted out of the ELA exam and were publicly denied cookies when the teacher gave them to the rest of her third grade class,

...the teacher who, under duress, felt compelled to do such a thing,

...a sixth grader who once aspired to be a writer but now hates it because they “do it all day long— even in math,”

...a mother who has to leave work because her child is hysterical over his math homework and his CPA grandfather doesn’t even understand it,

...and countless other children who dread going to school, feel “stupid" and "like failures," and are now completely turned off to education.

I will conclude by adding this thought. Our country became a superpower on the backs of men and women who studied in one-room schoolhouses. I do not think it takes a great deal of technology or corporate and government involvement for kids to succeed. We need to rethink the Common Core and the associated high stakes testing and get back to the business of educating our children in a safe, healthy, and productive manner.

The original pdf can be found here.