Questions On the Identity of Our Executive Committee?

No Common Core Maine Answers Questions On the Identity of its Executive Committee by Writing About Other People. 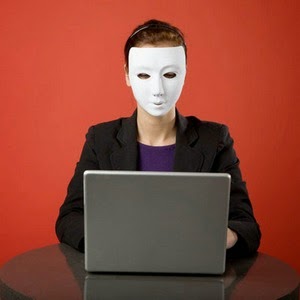 Recently, we've noticed that some readers of our Facebook site have asked for the identities of our members, and especially those of our Executive Committee. While we like the attention, especially if it indicates that we're getting our message across (maybe next they'll start asking "What are your demands?''), we wondered why a reader would care so much. We hope the strength of our efforts to show Mainers the truth of the so-called Common Core State Standards would be enough on its own. If our arguments and evidence are strong, then why care who we are? What difference would that make?

Nevertheless, we've added some identification of our Executive Committee for the curious. But names tell little. As a group, we're "Green Tea''—we cover the political spectrum from Greens to Tea Party. We all care about our republic and respecting the rule of law and local control of our schools. We're parents, grandparents, former teachers, business owners, and graduates of America's public schools. We all believe that while our public schools do an adequate job of educating our children, we can do much better, although we don't always agree on what to change.

But we all know that turning our schools over to a cabal of corporations and the U.S. Department of Education, with an agenda to create a national curriculum through forced acceptance of untried standards, computerized high-stakes testing, invasive data-collection, and unreliable "value-added'' teacher and school performance evaluations will be a disaster for our children and country.

So much for who we are. We think there are more urgent questions.

When told of these queries, one of our Committee wondered,  "Why haven't people asked about who wrote the Common Core State Standards (CCSS)? Who from Maine was part of this?  Who signed the Memorandums of Understanding (MOU) and Agreement (MOA) that tied Maine to the CCSS and SMARTER Balanced Assessment Consortium (SBAC) tests, and how much review did they do before signing?''

Well, one person who wondered about those who wrote the CCSS is Dr. Mercedes Schneider, a public school teacher in New Orleans. Dr. Schneider, who holds a doctorate in applied statistics and research methods, has taught for nearly 25 years, eight of them in New Orleans. Her recent book, A Chronicle of Echoes: Who’s Who in the Implosion of American Public Education, is a scorecard of the players in the corporate movement to reform American public education that includes David Coleman, the man most responsible for the Common Core State Standards.

She is a member of Diane Ravitch's Honor Role of Champions of Public Education. Ravitch  wrote of Dr. Schneider and her work:


Mercedes Schneider  is fearless in skewering the powerful. She has a Ph.D. in statistics but chooses to teach high school in her native state.

Dr. Schneider will be a featured speaker at our Forum on October 25.

In this post on her blog, Dr. Schneider asks—and answers—the question: "Who wrote the Common Core State Standards?''

Upon digging into the Memorandum of Understanding that all states that joined the Common Core State Standards, including Maine, signed, she notes:


The CCSS MOU makes it clear that the chief decision makers for CCSS were the individuals on the CCSS English Language Arts (ELA) and math work groups.

The CCSS copyright owners, NGA [National Governors Association] and the Council of Chief State School Officers (CCSSO) wanted to keep CCSS work group membership a secret but bowed to public pressure to reveal the names and affiliations of the 24 work group members.

In its July 01, 2009, press release, NGA makes it clear that these work groups were dominated by three affiliations, one standards-writing nonprofit (Achieve) and two testing companies (ACT and College Board).

The NGA statement is in keeping with the already-signed CCSS MOUs. However, the CCSS MOU stated that the process would be “open, inclusive, and efficient” and “would be completed by December 2009.”

Keep in mind that NGA and CCSSO decided upon work group membership. No discussion. Keep also in mind that membership was not publicized until public pressure forced disclosure.

Further on, she writes:


NGA and CCSSO clearly selected the original 24 CCSS work group individuals with the intention (stated clearly in the CCSS MOU) of leaning heavily on Achieve, ACT, and College Board.

In the remainder of this post, I offer details on the credentials of NGA’s and CCSSO’s original 2009 “24 Chosen,” particularly regarding classroom teaching experience (or the absence thereof).

In both CCSS work groups, the number of individuals with “ACT” and “College Board” designations outnumbered those with documented classroom teaching experience.

See Dr. Schneider's post for the details of those individuals she calls ``The Chosen 24''.

About those who wrote the mathematics standards, she concludes:

Only one CCSS math work group member was not affiliated with an education company or nonprofit.

On those who wrote the ELA standards, she concludes:


In sum, 5 of the 15 individuals on the CCSS ELA work group have classroom experience teaching English. None was a classroom teacher in 2009. None taught elementary grades, special education, or ESL, and none hold certifications in these areas.

Five of the 15 CCSS ELA work group members also served on the CCSS math work group. Two are from Achieve; two, from ACT, and one, from College Board.

And the big picture? The message clear: Real teachers need not apply.


Those pitching for “teacher development” of CCSS have just lost their case. Even if one considers the CCSS work group “additions” not originally part of the CCSS MOU but “conceded” in the forced 2009 NGA publicizing of its CCSS work groups, one readily sees that current classroom teachers were intentionally excluded from the CCSS decision-making table– especially elementary school teachers, special education teachers, and teachers of English as a Second Language (ESL). And I have not even touched upon NGA and CCSSO’s completely ignoring inclusion of teachers currently teaching in varied ethnic, cultural, and socioeconomic regions.

NGA and CCSSO (and, by extension, USDOE) undeniably meant for CCSS to be something done “to” teachers. NGA’s and CCSSO’s concentration of individuals versed in standardized assessment on their CCSS work groups speaks to the purpose of CCSS to both financially benefit education testing companies and usher unprecedented, nationwide standardized testing into the classrooms of those very professionals purposely excluded from the CCSS work group table.

Now, these are the people you should know about. Who really cares who we are?