Reply to BDN Opinion on LePage and Common Core 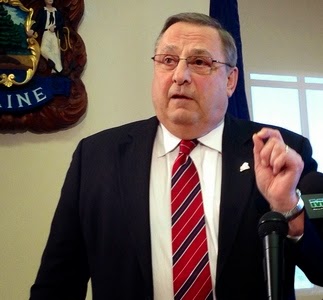 On December 5, 2014, The Bangor Daily News (BDN) Editorial Board published an editorial with the title, "If LePage backs away from Common Core, he endangers important school reforms". The following letter was sent in reply:


Your criticism of Governor LePage's reversal on Common Core (5 December) is just an appeal to the sunk-cost fallacy. We have good reasons to abandon Common Core.

Common Core was adopted without proper review. We're now learning the facts. Common Core was not state-led. It was written by David Coleman and the testing industry under sponsorship by the Gates Foundation. Public school teachers had no significant participation.  Race to the Top was designed to entice states to adopt Common Core with money and NCLB waivers. Common Core was not "internationally benchmarked."

A recent poll by Ednext found support among teachers dropped from 76% to 46% over the past year. A poll of teachers in Tennessee by Vanderbilt University found that 56% want to abandon Common Core. Parents are fed up with the onerous testing and data collection. Teacher rightly see the evaluations as worthless and unfair.

No wonder over 20 member states have abandoned or are seeking to leave Common Core and the associated testing. No wonder Governor LePage said that he was duped when he signed the 2011 enabling legislation.

The governor should be commended for his decision to act on these flawed standards rather than falling for the flawed logic that we have to stick it out. Better standards exist. We don't need the testing, data collection, and flawed evaluations.

If we're committed to public education, we should do the job right and not continue to throw good money (and our children's education) after bad.

*David is a member of the executive committee for NCCM and a writer for this Blog.


Update December 9th: There was another reply to the BDN editorial that the BDN did print. It was written by Mr. Geoff Wingard. You can read it here.